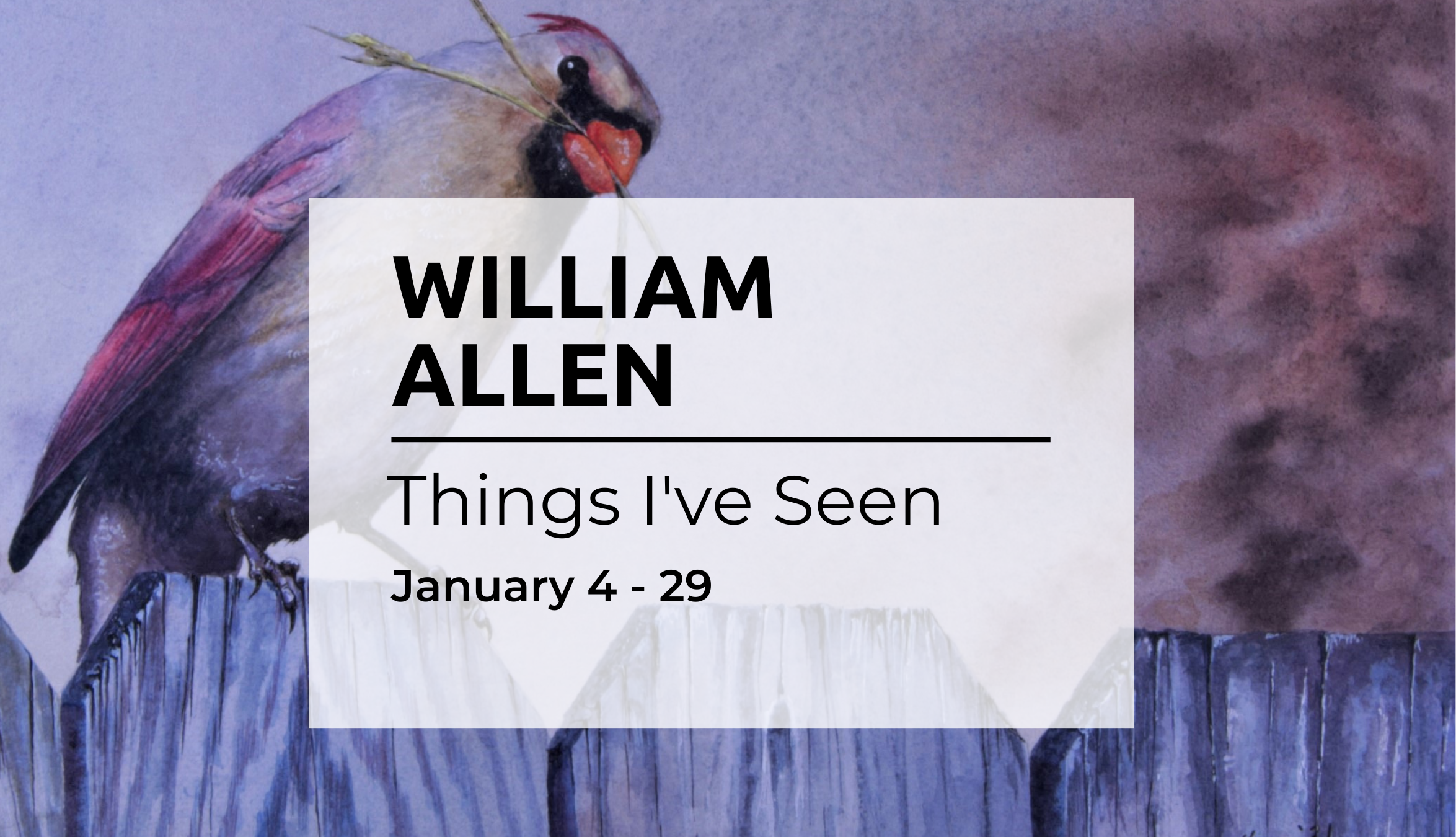 Bill’s art is inspired by moments of transient beauty and places where beauty is perhaps unexpected. This exhibit of Bill’s artwork is an eclectic mix of portraiture, natural subjects, and vignettes of everyday life.

William "Bill" Allen was born in the town of Monmouth in west central Illinois.  He has always had a love of creating art and alternated between impressing and frustrating his grade school teachers when his homework assignments were turned in covered with doodles. It was in grade school that he was first exposed to fine art via the Art in the Schools program sponsored by the local college. He still remembers sitting in his fourth-grade classroom seeing a print of Andrew Wyeth’s Christina’s World for the first time. He was spellbound.

In high school he had his first exposure to in depth art instruction consisting of drawing, acrylic and oil painting under the tutelage of the school art teacher, Chicago Art Institute graduate Gary Miller.  It was also in high school that he developed his other passion, biology.  By graduation, there was quite an on-going debate over whether he would become an artist or a biologist.  After several friends and family members made comments about starving artists, Bill decided to become a scientist. Starving seemed a poor career path.

Though he attended Monmouth College as a Biology major, he still took several terms of oil painting classes from Dr. Harlow Blum to satisfy the “Arts” in his “Bachelors of” degree.  Coincidentally, Dr. Blum was the presenter for the Art in the Schools program when he was in grade school. In graduate school, Bill switched from oil painting to watercolor.

Then in 2017, the corporation for which he had worked over 20 years decided to offer him, “the chance to seek new opportunities." Bill decided to start painting again with hopes of selling a painting once in a while. With the marketing power of social media, he found sucess as an artist and WB Allen Arts was born.